Whether you’re locked out in San Francisco or somewhere else nearby, time is very important. Locksmith On Wheels in San Francisco CA is a locksmith company that can make key copies of locks to help you get back inside. They can also give you back access to keys locked in car models of all kinds.

Call them first before trying out any of the alternative steps below. Read more to find out how to unlock a door without a key and why to call a locksmith when other options are exhausted or cannot be used.

Unlocking a Door Without a Key

Before commencing with any of the steps below, you should first be sure that the following apply to your situation:

If locked out of house and the latter situation happens to you, you might be able to reach out to the fire department for assistance in opening your door. In some instances, the department may refer you to a San Francisco lock out service instead, especially if there’s no one inside or no immediate danger present. Still, here are some ideas that you can try out on your own, or with the help of someone you trust.

This tip is one you’ve probably used or have heard about before. It’s old-fashioned and involves either a credit card, butter knife, or a similarly small and flat item with a stiff surface. Do note that this only works with doors that have spring locks, the kind with the curved bolt.

This won’t work with a deadbolt since they go deeper into the wall than a spring lock does. Before starting, check your wallet for any old credit cards or gift cards you have lying around. You don’t want to break out your brand new debit or credit card that you recently got in the mail.

Many spring locks are added as a backup for a deadbolt for doors with multiple locks. If the deadbolt isn’t locked and only the spring is used, you can try moving the door handle a bit while simultaneously pushing the card in between the strike plate.

If no card or similar object is available to you, use a pocket knife or see if you can borrow something for anyone that’s nearby. It takes some slight jostling with the door and its knob before you get your improvised wedge in the right spot to turn it enough for the door to open.

Unlock Door by Creating Your Own Key

This involves you creating your improvised lockpick. There are many tools that you can use for this. One of the most common is a paperclip. Paperclips work well, but do a better job with spring locks.

On deadbolts, the material they’re made out of might not turn the interior parts of the cylinder enough for it to budge open. To reiterate, a San Francisco lock out service can do a better job with these issues than the average homeowner or tenant can.

Locksmith On Wheels in San Francisco CA is particularly useful for people locked out of homes, but have deadbolt locks. Give them a call when you need to get inside but the options listed haven’t worked. Locked out of the house, but want to keep trying it out on your own?

Some of the keys that are found on the cans of various goods may work. It might be a bit tedious and may even involve you going to the store to buy a can. But if there’s no rush and you want to see how you fare, why not give it a try?

Taking off the Door Knob

To do this, you’re going to need a couple of tools or some that are improvised. A folding knife with different tools inside works well, or something similar. If not, the bare minimum is either a flathead or Phillips screwdriver.

The one that you’ll end up needing depends on what’s holding the lock in place on the door. Again, this might not work since many locks are made intentionally to make it difficult for anyone to dismantle from the outside, so don’t be surprised if there are no visible screws.

In this case, you could try dismantling the lock with your flathead until you see the screws inside. This won’t be easy to do. You could also try turning the mounting belts with a small wrench if the screw heads cannot be reached. This will slowly loosen up the screw until the end on the opposite side of the door gives way. This will expose the hole in the door and allow you to easily open it to get inside.

The last thing you want to do is act out in desperation. You could end up with more issues by solving one, especially if you’re locked out of apartment or other places where there are lots of people. Think about what you’re doing, and if the problem calls for you to remove the entire lock or break it, go ahead as the last resort.

Again, this might not be ideal for people in a communal living arrangement. But if you’re residing in an area where a racket won’t alert any of your neighbors, hitting the lock with something could work.

To be safe, it’s a good idea to let anyone nearby know that you’re the one living in residence, to not cause suspicion. The later you do this attempt, the more likely you are to disturb people living in your vicinity. Here’s what you can do:

Summary – Door Lockouts Can Be Overcome

Have you found out how to unlock a door without a key? Use the method that works for you. But the best option is to contact a locksmith.

They can handle all types of locks, including locked keys in trunk interiors of vehicles. Most keys locked in car models are handled the same as home doors, to which a locksmith has the right tools to get you back into your property. Freely contact us for assistance with your lock and keys problems and we’ll respond promptly. 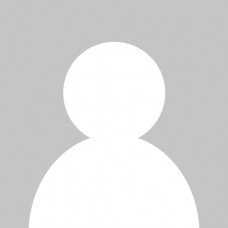 8 Reasons That You Should Replace Your Lock